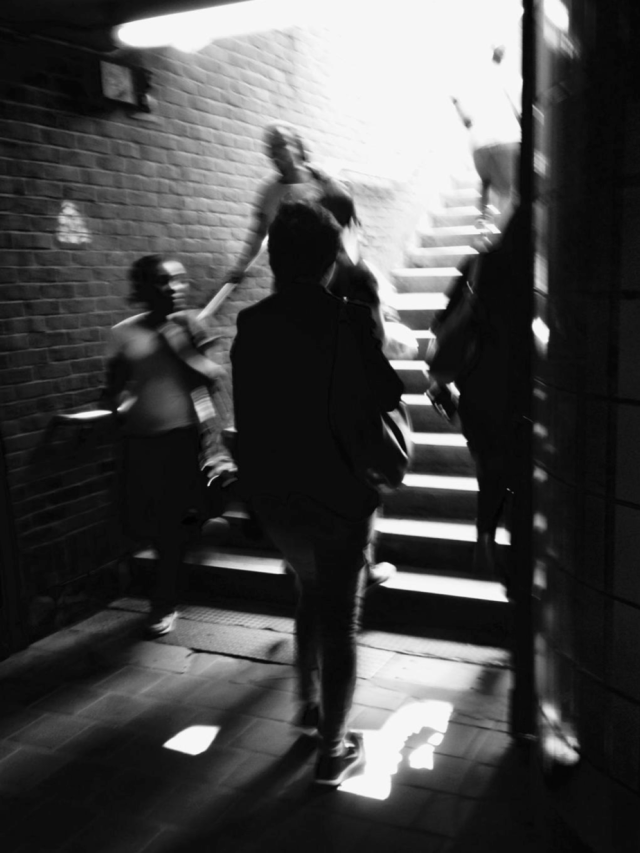 “I said that when my sons were the ages of those two leaping boys, they were so intimate it would have been hard to disentangle their separate natures. They used to play together from the moment they opened their eyes in the morning to the moment they closed them again. Their play was a kind of shared trance in which they created whole imaginary worlds, and they were forever involved in games and projects whose planning and execution were as real to them as they were invisible to everyone else: sometimes I would move or throw away some apparently inconsequential item, only to be told that it was a scared prop in the ongoing make-believe, a narrative which seemed to run like a magic river through our household, inexhaustible, and which they could exit and re-enter at will, moving over that threshold which no one else could see into another element. And then one day the river dried up: their shared world of imagination ceased, and the reason was that one of them—I can’t even recall which one it was—stopped believing in it. In other words, it was nobody’s fault; but all the same it was brought home to me how much of what was beautiful in their lives was the result of a shared vision of things that strictly speaking could not have been said to exist.” —Rachel Cusk, Outline